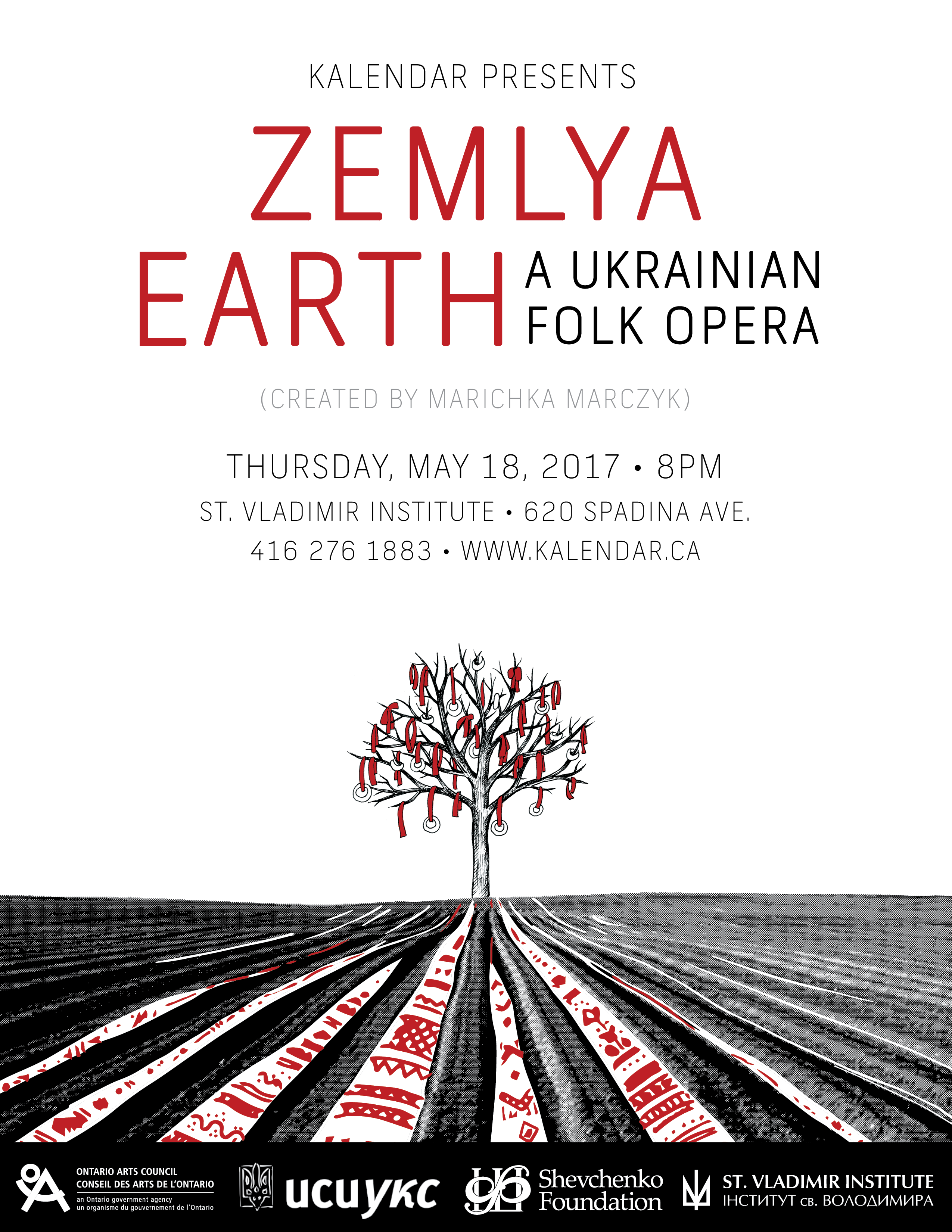 ZEMLYA / EARTH is an innovative interdisciplinary original work that features a contemporary context for the powerful and ancient women’s singing tradition of the Ukraine, a polyphonic tradition that has too often been overlooked – by Western academia and the rest of the world.

Growing up with Ukrainian grandparents, I often heard and sang Sovietized arrangements of folk songs. I always thought they were beautiful but, like most of the world, never thought much of the singing tradition. I only discovered how intense and varied their polyphonic tradition was about four years ago. The remarkable thing is that most people – even musicologists and ethnomusicologists – have no idea about this ancient and powerful tradition. So it gives me great pride to be a part of an innovative approach to presenting the music: a folk opera!

This project was initiated by KALENDAR, a performance singing group that grew out of the Kosa Kolektiv urban folk movement. With grants from the Ontario Arts Council, the Shevchenko Foundation, and the Ukrainian Credit Union, we were able to commission the expertise of ethnomusicologist/musician Marichka Marczyk – who is not only the co-created of the award winning Counting Sheep but has also spent over 15 years collecting songs in the fields of Ukraine and has an incredible ability to teach and share the essence of these songs with us.

The show will premiere with only a single performance scheduled at St. Vladimir Institute on May 18, 2017. It is my hope that Zemlya‘s presentation of the ancient powerful women’s musical tradition (which involves choreographed movement, traditional dance, and background video) will reveal an ageless purpose of the music and viscerally remind us of the universal relationship humans have with the earth and each other.

For more information visit www.Kalendar.ca or visit KALENDAR’s FB event page.
Tickets can be purchased online from http://zemlya.brownpapertickets.com/
Sign up via our email list for more news events like this here here

2023 VOCAL WORKSHOPS AT THE TRANZAC